Welcome to our services page, we offer wide range of services to both Registered & Walk-in Patients. For more information please contact us:

Everyone is committed to helping you by providing the best service possible.

We would love to hear your ideas and suggestions to allow us to continually improve the service we offer you. Either write to the practice manager directly or speak with the reception team who will direct your comments to the most appropriate person.

Welcome to our online services;
now you can: 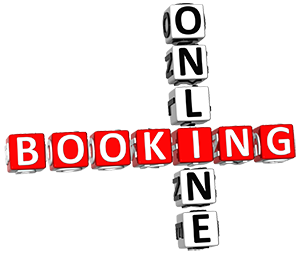 As a growing organisation, we are always on the lookout for new talent. We are a big family and look after each other.

Staff care, personal and career development as well as training and nurturing are all very important to us.

Please check out our vacancies but we are also always happy to receive speculative applications across the whole range of clinical as well as administrative roles.

If you are not looking to be employed but are looking to form some sort of partnership arrangement, please contact [email protected] ‘Malling Health Partners’ is a part of our organisation specifically set up to allow a wide range of partnership working akin to the federated model of care.

We look forward to hearing from you!

We strongly advise you contact your Practice Manager initially, however, if you would prefer to speak to someone else please send an email to Head Office [email protected] or alternatively fax to 01732 525827. If the complaint is not resolved at practice level, then the matter can be forwarded onto NHS England for them to look into and deal with: http://www.england.nhs.uk/contact-us/complaint.

No problems – met my expectations

Excellent just what I expected

Hay fever, also known as seasonal allergic rhinitis, affects one in four people in the UK and is mainly caused by grass pollen.

Hay fever is a type of allergy. It happens when your body makes antibodies in response to certain triggers, such as pollen.

The charity Allergy UK estimates that nearly 18 million people have hay fever in the UK. It’s most common in children, particularly teenagers, but you can develop hay fever at any age.

The symptoms usually include sneezing, itchy and watery eyes, and a stuffy nose.

Read more about the symptoms of hay fever.

Tree pollen can cause hay fever too. Around a quarter of hay fever sufferers are allergic to tree pollen. Mould spores and weed pollen can also trigger symptoms.

This is because your body sees these pollens as a threat, so your hay fever symptoms are caused by your immune system attempting to prevent the spread of what it mistakenly thinks is a harmful organism.

The pollens that cause hay fever vary from person to person and from region to region. The amount of pollen in the air will affect how bad your hay fever is.

It’s more likely that there will be more pollen in the air on hot, dry, windy days than on cool, damp, rainy days. Research shows that pollution, such as cigarette smoke or car exhaust fumes, also makes some allergies worse. Pollen can also attach to clothing, hair and pets’ fur, which means it can be hard to avoid even indoors.

Read more about the causes of hay fever.

When is hay fever worst?

The time of year when you begin to experience hay fever symptoms depends on the types of pollen you’re allergic to.

The hay fever season can therefore last from March to October. And if you’re unlucky enough to be allergic to more than one type of pollen, you may only have just two or three months without symptoms in the winter before the cycle starts again.

Find out how the weather affects hay fever symptoms.

How can I avoid getting hay fever?

If your parents are allergic to something, you’re more likely to develop an allergy too (it doesn’t have to be the same allergy as your parents).

If you smoke while you’re pregnant or smoke around your child, your child could be more likely to develop an allergy. Not smoking and eating a healthy diet can limit the chances of your children being affected.

Speak to your GP or pharmacist before you decide on a hay fever treatment. It’s particularly important to speak to your GP if you haveasthma. Hay fever often makes asthma symptoms worse. If this happens, you may need to increase the dosage of your asthma medication.

As well as aggravating people who already have asthma, hay fever can also triple the likelihood of people developing asthma, according to Allergy UK’s 2014 report One Airway One Disease.

Hay fever during pregnancy can be a particular problem. Hormonal changes make nasal congestion more common during pregnancy, and this often gets worse during hay fever season. Pregnant women are also advised not to take some hay fever medicines.

Avoiding exposure to pollen is the best way to reduce the allergic symptoms of hay fever:

Check the Met Office pollen forecast to find out your chance of hay fever symptoms over the next five days.

As with most allergies, the best way to control hay fever is to avoid the triggers. But it’s difficult to avoid pollen, particularly during the summer.

A range of over-the-counter products can treat the symptoms of hay fever, including tablets, nasal sprays and eye drops.

Antihistamines are the usual treatment for the main symptoms, such as itchy, watery eyes and a runny nose, while steroid nasal sprays are the main treatment for a stuffy nose. Your pharmacist can help advise you on which treatment is best for you.

Talk to your GP or pharmacist about your hay fever

If you have particularly severe hay fever symptoms, you may need a prescription from your GP.

According to the charity Allergy UK, most treatments recommended for people with moderate-to-severe symptoms are not available without a prescription.

But despite this, only one in five hay fever sufferers have ever booked an appointment with a GP or pharmacist to discuss their symptoms and treatment options.